Lynn Robertson Hay is an actor and writer whose work covers theatre, film, radio and TV – with parts ranging from Lady Macbeth to Mole and Puck to Miss Prism. 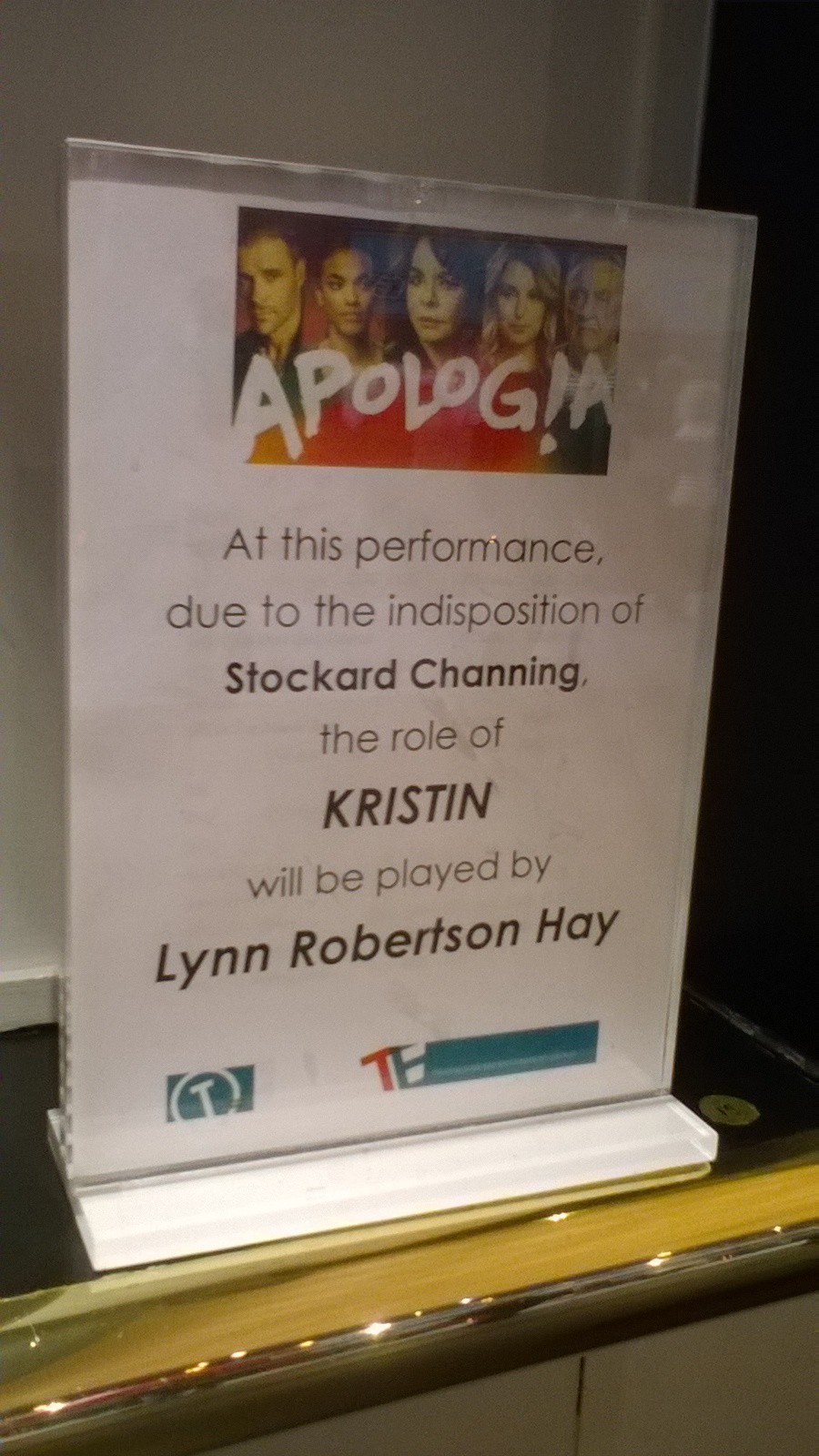 She was recently seen wielding a rolling pin as Flo Capp in ANDY CAPP – THE MUSICAL, and made her West End debut in APOLOGIA, playing an incredible role – covering for the mighty Stockard Channing and going on numerous times.

She won an award for Best Children’s Theatre from the Writers’ Guild of Great Britain, got to the quarterfinals of the Academy’s Nicholl Fellowship (yes, that Academy) out of 6,400 scripts and has written a number of times for the BBC.

Her claim to fame is that she once won an episode of quiz show FIFTEEN TO ONE.

DON PASQUALE “An important part of the production was Angelina… Lynn Robertson Hay’s mime skills were superb and she added a lot to the comedy of the evening.” Harborough Mail

ANDY CAPP “a singularly impressive cast… Hay makes Flo like an aged pear: full, juicy, sweet and very very bruised… The minute details of her Flo are immaculate… ‘When You’ve Lived In Love With Someone’ is bleak but beautiful.” Live Theatre UK (#4 in Top Ten Off-West End Musicals, 2016)

“’Frozen Moments’… was a real knock-out number and credit to both David Muscat and Lynn Robertson Hay who gave it their all and really drew me into the heart of the song as I sat their dabbing my eyes. [Roger Alborough] and Lynn… had a real chemistry together even when they argued and Lynn has to be given a special mention for her wonderful performance at the end of Act 1.” Last Minute Theatre Tickets
“the quality of the tracks and singing certainly belong into the West End.” West End Wilma